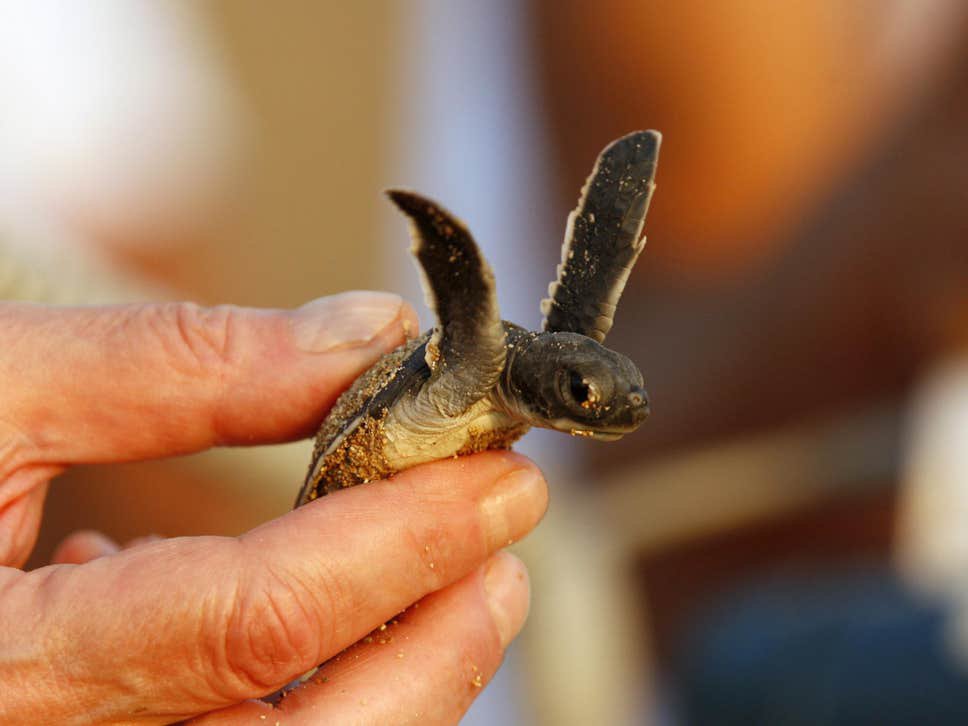 Baby sea turtles are particularly vulnerable to the harmful effects of plastic pollution, according to a new study which found around half of the recently hatched reptiles had stomachs full of plastic.

In recent years, scientists have realised that animals ranging from plankton to whales are regularly consuming plastic, since around 10 million tons of it ends up in the sea every year.

Turtles were some of the first creatures ever observed consuming plastic, with reports of bags being found in their stomachs stretching back to the 1980s.

Despite the attention this problem has received, there is still very little known about the overall effect plastic is having on ocean animals.

While some plastic can pass harmlessly through animals’ digestive systems, it can also accumulate and kill them by either blocking or tearing their guts.

There is also some evidence to suggest that plastic can leach toxic chemicals into their surroundings, although the impact this is having on animals is still largely speculative.

A new study published in the journal Nature has attempted to quantify the harm that plastic is having on the turtle population of eastern Australia.

In their research, a team led by Dr Britta Denise Hardesty from the Commonwealth Scientific and Industrial Research Organisation (CSIRO) examined data from nearly 1,000 dead turtles to understand the role plastic played in their deaths.

They found that the youngest turtles appeared to be most susceptible to plastic pollution.

Just over half of the post-hatchling individuals had ingested plastic, and around a quarter of the slightly older juveniles were affected, compared to around 15 per cent of adults.

While the number of plastic pieces in the reptiles’ guts varied wildly from one to over 300, the scientists were able to deduce that turtles have a 50 per cent probability of death after consuming 14 pieces.

The work emerges as another study documents the global decline of turtles and tortoises that has left over 60 per cent of the world’s species either extinct or facing extinction.

Together with their land-based relatives, these creatures play pivotal roles in shaping global ecosystems.

“We must take the time to understand turtles, their natural history, and their importance to the environment, or risk losing them to a new reality where they don’t exist,” said Mickey Agha, a researcher at University of California, Davis, who contributed to the study.
“Referred to as a shifting baseline, people born into a world without large numbers of long-lived reptiles, such as turtles, may accept that as the new norm.