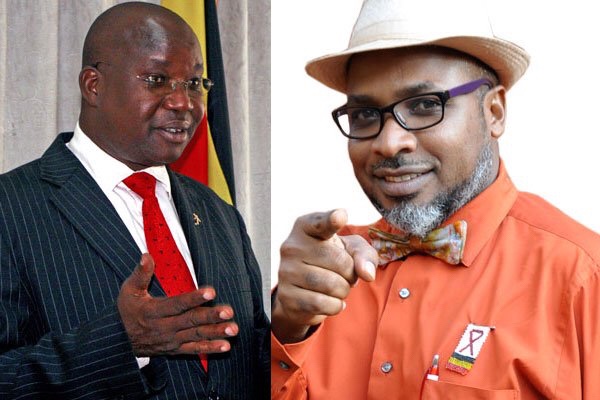 Ugandan activist and founder of the Makerere Community Church, Pastor Martin Ssempa has been suspended from the Pornography Control Committee (PCC).

“I in the meantime, I wish to inform you that your stay on the membership of PCC stands withdrawn,” the letter reads.

Fr. Lokodo told URN that Ssempa’s suspension was as a result of underperformance.

“The committee denounced him for not performing in unison with them. We asked him to defend himself but he decided to go to court. We are now waiting for the court to decide,” Mr Lokodo said.

Mr Lokodo notes in the letter that Ssempa’s case has been referred to the “Attorney General’s Chamber for the necessary advice on the next course of action.”

The minister in the suspension letter also cites earlier warnings to Pastor Ssempa, who has in the last few days been in the media castigating Kyadondo East MP Robert Kyagulanyi alias Bobi Wine for trying to be like Jesus Christ in his new song Tuliyambala Engule (literally meaning we shall wear the victor’s crown).

“You may wish to recall that my letter to you requested you to reply within fourteen days on the allegations made in the two separate letters so that I may make my administrative decision on the way forward,” the letter says in part.

The suspension letter further says; “you did not reply but chose to escalate it (the situation) to your lawyers to handle it for you.”

The 51-year-old pastor was nominated on the committee inaugurated in August 2017 as representative of religious institutions. He did not show up for the inauguration and has reportedly shunned several functions organized by the committee.

Ssempa declined to comment on his suspension. “I can’t be at liberty to discuss that. Okay. I work for the Directorate of Ethics and Integrity and I am under oath, I can’t speak. I am a law-abiding citizen. My issue are before the right offices,” he said.

The nine-member pornographic control committee was inaugurated in 2017 to prevent use or spread of pornographic materials and information.

Pastor Ssempa first came to international prominence in 2010 after presentation of a video he made at his church which showcased his opposition of homosexuality went viral online.