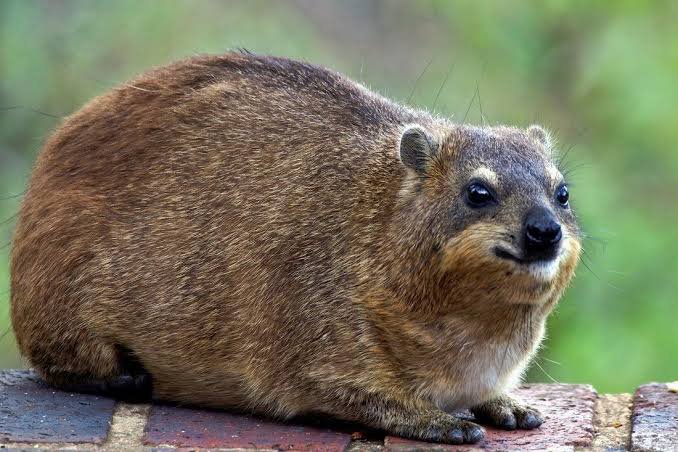 The rock hyrax, also called dassie, Cape hyrax, rock rabbit, and coney, is a medium-sized terrestrial mammal native to Africa and the Middle East. Commonly referred to in South Africa as the dassie, it is one of the five living species of the order Hyracoidea, and the only one in the genus Procavia. Wikipedia
Scientific name: Procavia capensis
Higher classification: Procavia

Adaptations
Rock hyraxes are able to climb on steep rock surfaces because of physical adaptations on their feet. They are capable of retracting up the center portion of their feet into a concave dome, which creates a vacuum like suction to solid surfa