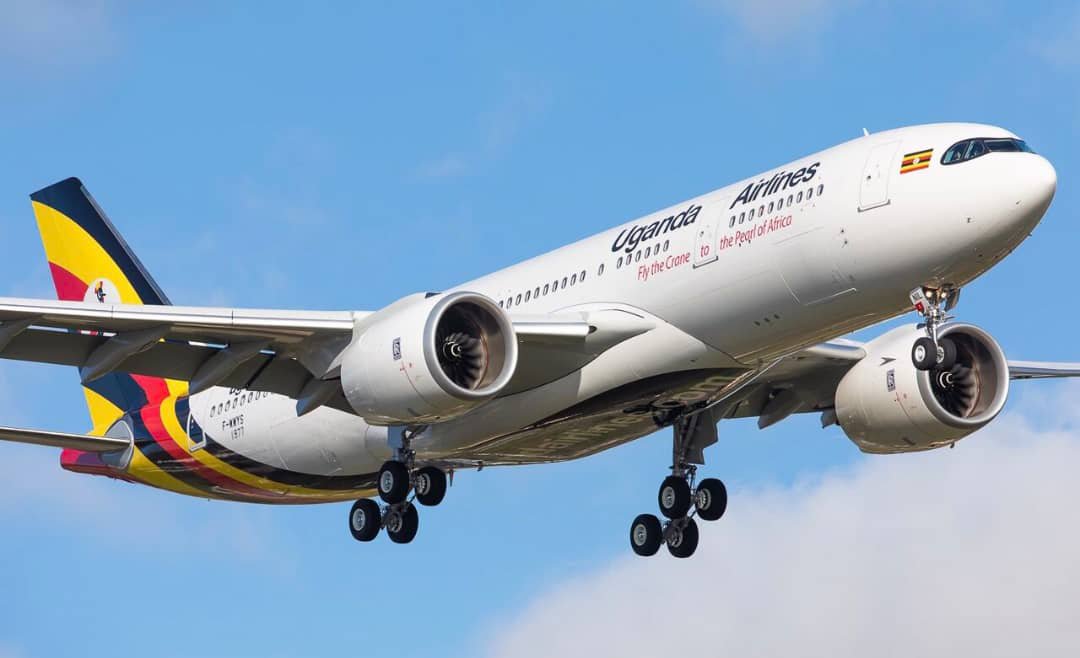 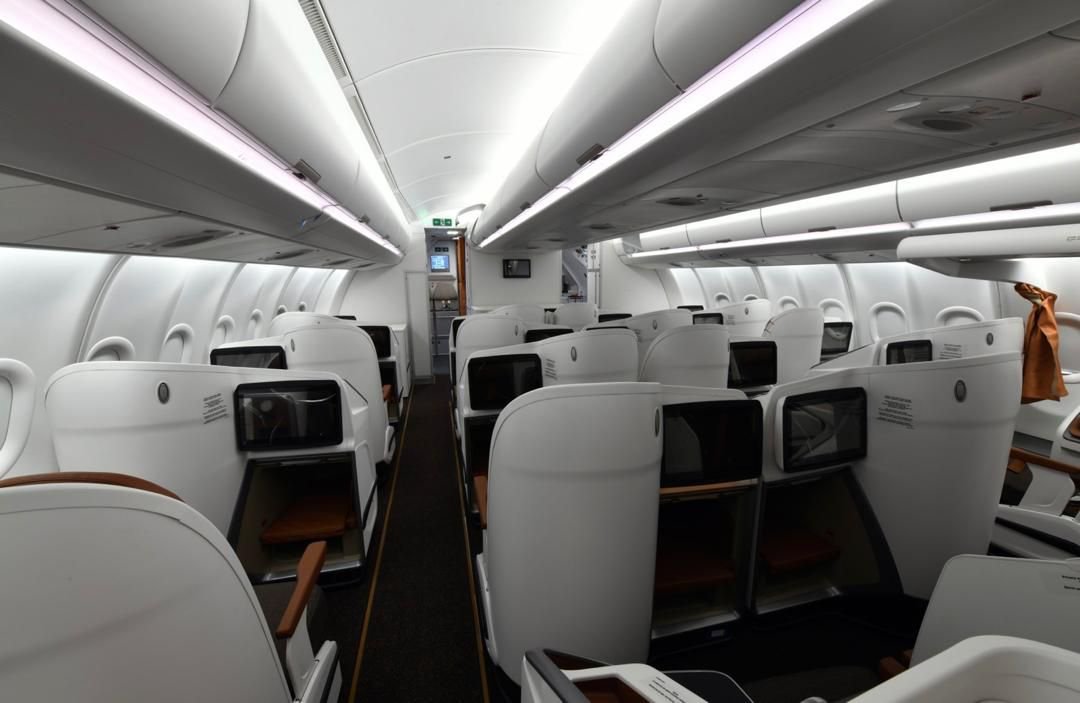 Uganda Airlines took delivery of the first of 2 brand-new Airbus A330-800 neo. The aircraft captained by Capt. Michael Etyang touched down at Entebbbe International Airport on December 22, 2020, at 10:30 am to a water salute.
Receiving the aircraft was Uganda’s President HE Gen. Yoweri Kaguta Museveni who cautioned the airline against corruption.

Ahead of the occasion, he sent a congratulatory message saying: “Congratulations! The revived Uganda Airlines will support our economic growth by facilitating transport and tourism. It will be a major boost if the $400 million Ugandans spend annually on air travel comes to our own airline.”

A delegation was led by the Minister of Works, Gen. Katumba Wamala, with officials from the Uganda Civil Aviation Authority, Uganda Airlines, and the Ministry of Finance who left Toulouse, France, to officially receive the aircraft.

Justifying the trip, Wamala explained that a technical team had traveled earlier to investigate all the details as well as check the manual and the aircraft physically. This is what ministries and departments go through in pre-delivery inspection to confirm what is on the manual is the actual aircraft.

“I feel very proud. Not only are we getting an asset of this nature but that the guys behind the cockpit are Ugandans. When the airline was established, we noticed that we had very many Ugandans with a lot of qualifications scattered all over who were giving services to other people. Why not give these services to Ugandans? So, I’m very happy,” he said.

Cornwell Mulewa, the Uganda Airlines CEO who was also in the delegation, commented: “This is a historic day in the history of Uganda Airlines. We are excited about the delivery of the new A330 neo which strengthens our fleet capabilities and introduces the desired services standards for long-haul operations.”
The latest airbus press release on their website states that this generation of airbus is considered the ideal aircraft to operate as part of the COVID-19 recovery.