Listen to this article

One of the oldest vehicles on sale, the Land Cruiser Series 70 was launched when many of us weren’t even born yet. The venerable off-roader came out in 1984 and it’s still going strong 38 years later. So much so that Toyota will be updating the truck yet again by the end of the year in Australia to comply with stricter side-impact crash regulations. Since the company is pouring money into the ol’ pickup, it means the J70 will be sticking around.

As a matter of fact, demand for the reputable Land Cruiser has generated a waiting list long enough to keep Toyota busy for more than two years. Indeed, Australian magazine Drive cites local dealers who have done the math based on the current production rate and projections and they claim existing orders will be fulfilled at some point in 2024. 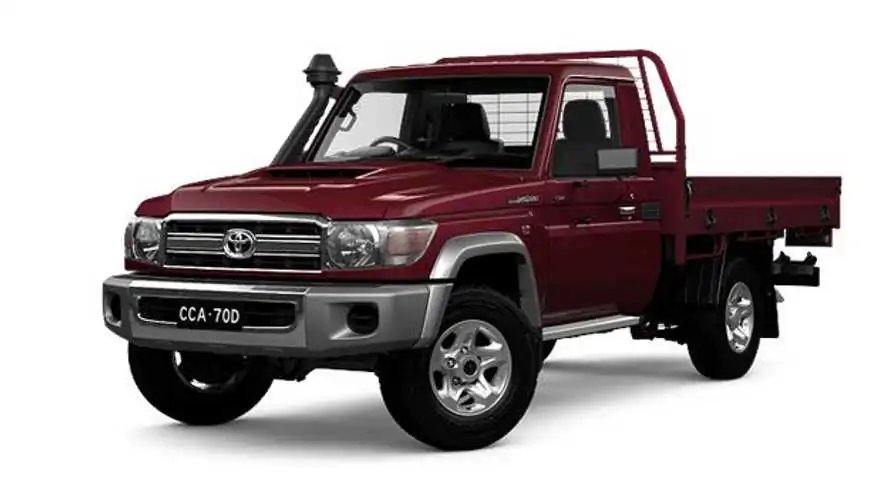 The silver lining for those people is they might not have to wait until then provided Toyota finds a way to ramp up production of the Series 70. As with just about every other vehicle out there, global supply chain issues have slowed down production of the Land Cruiser. The all-terrain vehicle will celebrate its 40th anniversary in 2024 when the latest orders received from Down Under will be completed.

Toyota Australia still sells an SUV version of the J70. It has a 4.5-liter turbodiesel V8 engine like the others, while the GXL trim level is a tad more luxurious without losing the 4×4 capabilities. There’s also the GX serving as the workhorse with a truck bed, so it’s safe to say there are surprisingly enough options to choose from given the vehicle’s age.

Ok, but why are some people still fascinated by a truck that came out in the first half of the 1980s? Well, it’s practically indestructible, and if something does break, the Land Cruiser Series 70 is easy to work on. Pricing is also a factor since it starts at a little over 100,000 AUD while the latest Series 300 begins from approximately 150,000 AUD.

The Latest LC And Its Posh Equivalent:

It’s worth noting the J70 is not exactly the same truck it was in 1984. Toyota has updated the vehicle over the decades and it now comes with modern amenities like air conditioning, ABS, and power windows. All trim levels get cruise control and a 6.1-inch touchscreen with navigation and Bluetooth, while the GXL even has a hill-start assist system.

Regardless of choice, the Series 70 has that diesel engine hooked up to a five-speed manual gearbox sending power to all four wheels. The WorkMate and GX have auto-locking hubs while the GXL comes with differential locks. As standard, the Land Cruiser can hold 130 liters (34.3 gallons) of diesel, but there is an option for a larger fuel tank with 180 liters (47.5 gallons).

To some extent, the modern-day equivalent of the J70 is the Ineos Grenadier as the latest Land Cruiser, Mercedes G-Class, and Land Rover Defender are far more luxurious than their predecessors.