The giraffe is an African artiodactyl mammal, the tallest living terrestrial animal and the largest ruminant. It is traditionally considered to be one species, Giraffa camelopardalis, with nine subspecies. Wikipedia
See a giraffe up close 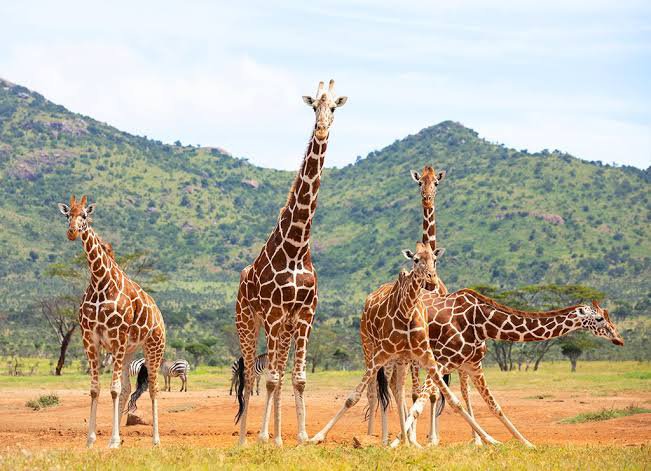 A giraffe’s heart is 2 feet (0.6 meters) long and weighs about 25 pounds (11 kilograms), and its lungs can hold 12 gallons (55 liters) of air! Its closest relative is the okapi. Giraffes have a small hump on their back and have a spotted pattern similar to that of a leopard.