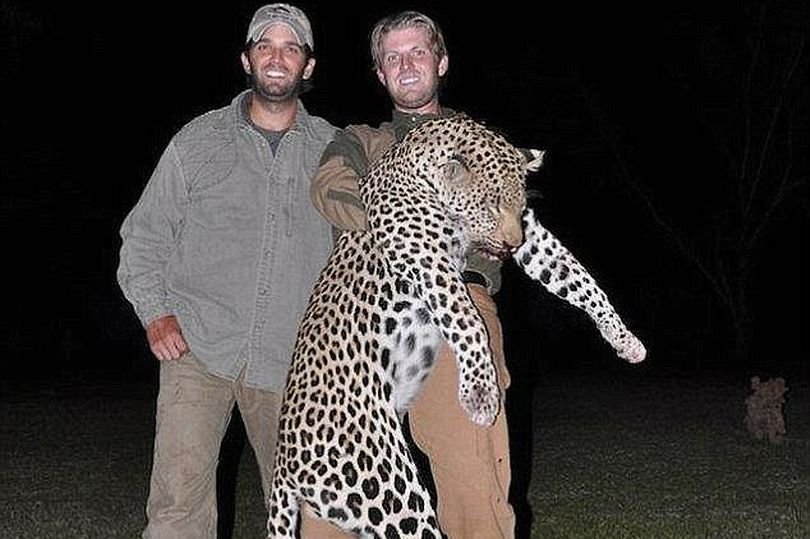 SICK photographs have emerged of two of Donald Trump’s sons showing off animals they murdered on kill safaris in Africa.

X Factor judge Sharon Osbourne posted a picture on Instagram of Donald Jnr, 38, and Eric, 32, proudly posing with a dead leopard after a hunting trip in Zimbabwe.

Donald Jnr said: “Hunting isn’t about killing. Hunting and fishing makes you fall in love with the natural world.”

Last night, naturalist Chris Packham said: “They should feel utterly ashamed. And they’re not doing their dad any favours as a man campaigning to become president of the US.”