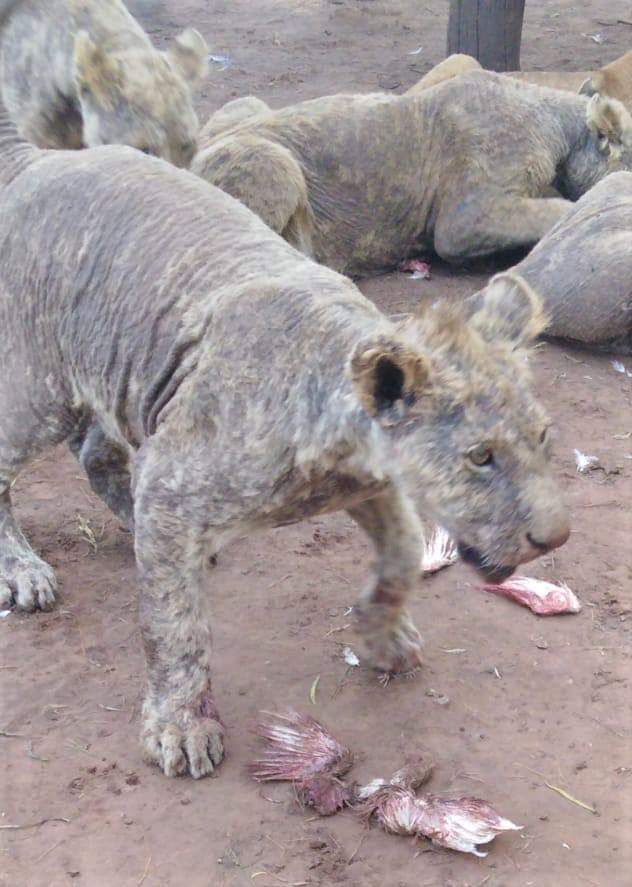 ‘Upon arrival at one of the camps, the Inspectors were horrified to find two lion cubs that were unable to walk and appeared to be showing signs that they were suffering from a neurological condition. Other issues such as small enclosures and inadequate shelter, no provision of water, overcrowding, and dirty and parasitic conditions were noted in the camps that contained lion, caracal, tiger, and leopard. 27 of the lions had mange and some of the caracal were obese and unable to properly groom themselves.

“There is a lot that is hinging on our Vets diagnosis and report on the 2 cubs that were removed from the Facility, and as you may have already ascertained from the photo, already circulated on various media platforms, there are a plethora of welfare issues at the facility. We do have concerns about not only the lions with the skin conditions, and the sick cubs, but also with that of other animals on the farm. The cubs are according to reports, showing signs of recovery, although not out of the woods just yet. The Vet will require some more time before he can give us the diagnosis.” Senior Inspector – Douglas Wolhuter.

The investigation is ongoing, and the NSPCA is currently building a strong case and have every intention of ensuring that justice is appropriately served for the animals