WITH my neck craned skyward, I watch a hungry mountain gorilla pluck a fat fig from high in a tree and place it in his huge mouth. Above him sits the mighty silverback, surveying his kingdom from a slender branch. Suddenly, the silverback makes a startling scream. The females and babies follow and an anguished chorus echoes across the tangled trees. Through ferns I see a blackback, his fur glossy in the rain, hastily retreating to a neighbouring tree. The foolhardy youth had tried to climb above the silverback, which incited that epic telling-off. In this corner of Uganda, no one sits above the boss.

These remarkable apes, at risk from forest clearing, poachers and disease, are one of conservation’s biggest success stories. A report has found that through the introduction of guards and focused tourism, mountain gorilla numbers have risen to more than 1,000 in central Africa: 400 live here in the Bwindi Impenetrable Forest and another 604 — a rise from 480 in 2010 — populate the Virunga Massif national park that spans Rwanda, Uganda and the Democratic Republic of Congo (DRC).

Uganda also has cause to celebrate. The landlocked East African country has made The Cool List 2019, a selection of must-visit destinations selected by National Geographic Traveller, which cited Uganda’s affordable gorilla treks.

In 2017, neighbouring Rwanda, currently on an ambitious drive for high-end tourists (see below), doubled the price of its gorilla trek permits from £572 to £1,144. Uganda, smartly, opted for mass tourism and froze its rates at £458 until mid-2019 while providing affordable accommodation options. With few resources outside of a threatened species, it makes sense for these two countries to use tourism to protect apes, educate communities on the importance of them being alive and fatten their economies.

Before we joined the gorillas for their breakfast our group left our base at Bwindi Lodge, owned by gorilla tourism pioneers Volcanoes Safaris, and spent two hours trekking up steep hills, across farmland and into the wet forest. Views of its misty canopy from the hilltops left me tearful. Entering the dense trees — bwindi means ‘dark place’ — amplified my nerves.

Our lead guide hacked through the jungle followed by guards with AK47s (to scare, not hurt). Fire ants found their way under my waterproofs, leeches came along for the ride and my porter removed furry caterpillars from my back before picking me off the slippery jungle floor, where I had landed next to some fat, freaky worms. 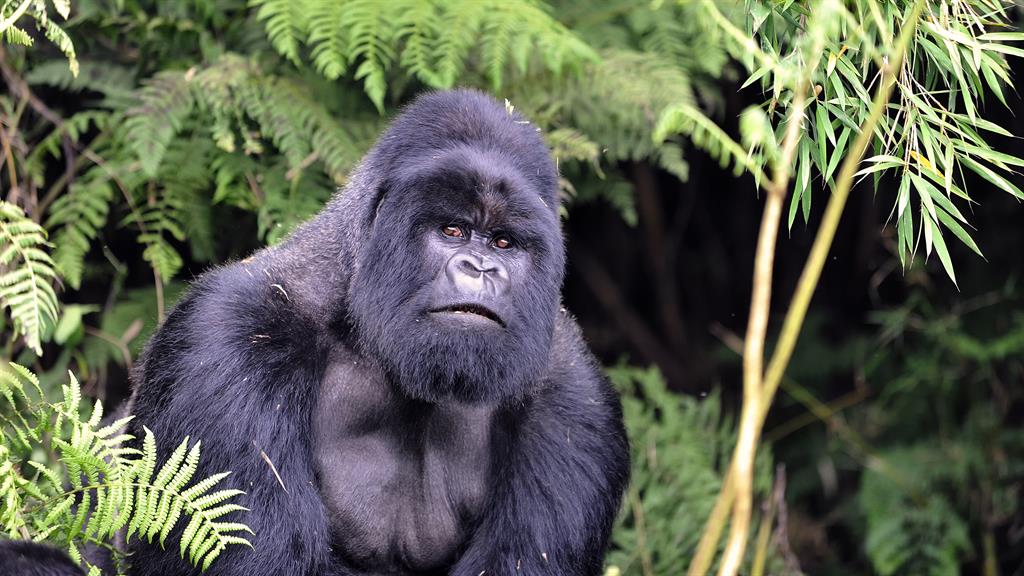 But the main attraction is the gorillas, and the silverback, named Kabukojo, left his branch, creating a wave of movement: 15 gorillas descended the fig trees. Some slid down trunks as if they were firemen’s poles. A female gorilla appeared at my feet and followed Kabukojo, who had found a closer breakfast spot, perhaps to let us know we had been spotted. A baby swung in the vines above Kabukojo’s head, causing bamboo leaves to rain on his father, who sighed, wiped them off and continued eating. The scene felt familiar.

Once our hour was up we left the sodden rainforest — all of us falling, slipping, grabbing — and retreated to Bwindi Lodge, home to eight bandas (huts) and a forest spa. I’m told the gorilla-sized holes in the tea plants around my glass-fronted room — home to a four-poster bed and a yoga mat — are created by Kabukojo and the fam, who frequently swing by the lodge. 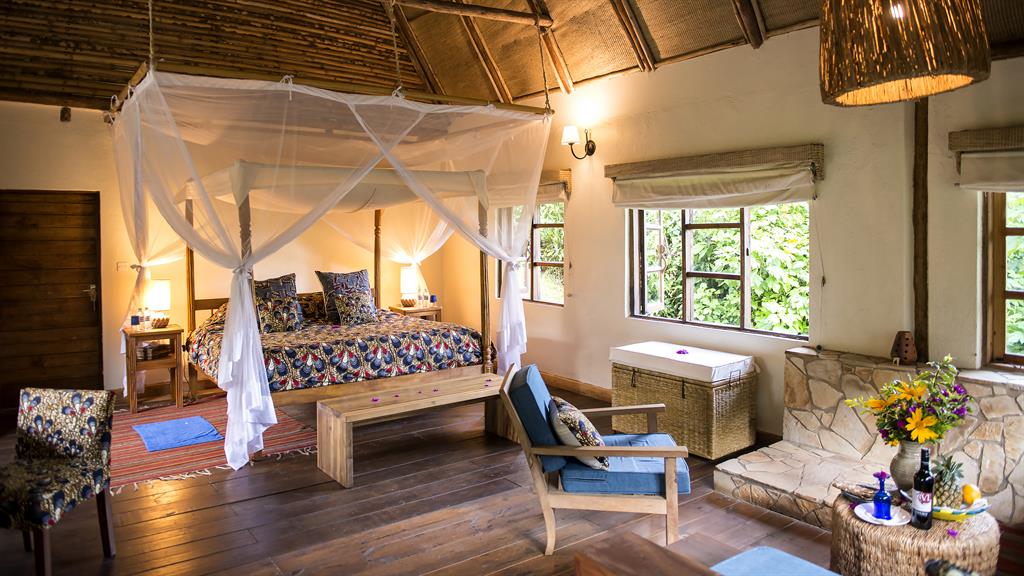 In the days before, we also visited Volcanoes Safaris’ Mount Gahinga Lodge, also in Uganda — the group has three lodges across Uganda and one in Rwanda — and woke each morning to incredible views of the Virunga volcanoes. I shared my cone-shaped banda with a furry spider the size of my hand and a nightly hot water bottle, put there by my singing female butler.

At the lodge we met a tribe of 100 Batwa pygmies. To protect the gorillas they have been forced out of the forest but now have a new settlement, built by Volcanoes Safaris, who encourage guests to meet them, purchase handmade gifts from their small shop and understand that there is a human cost behind conservatism. 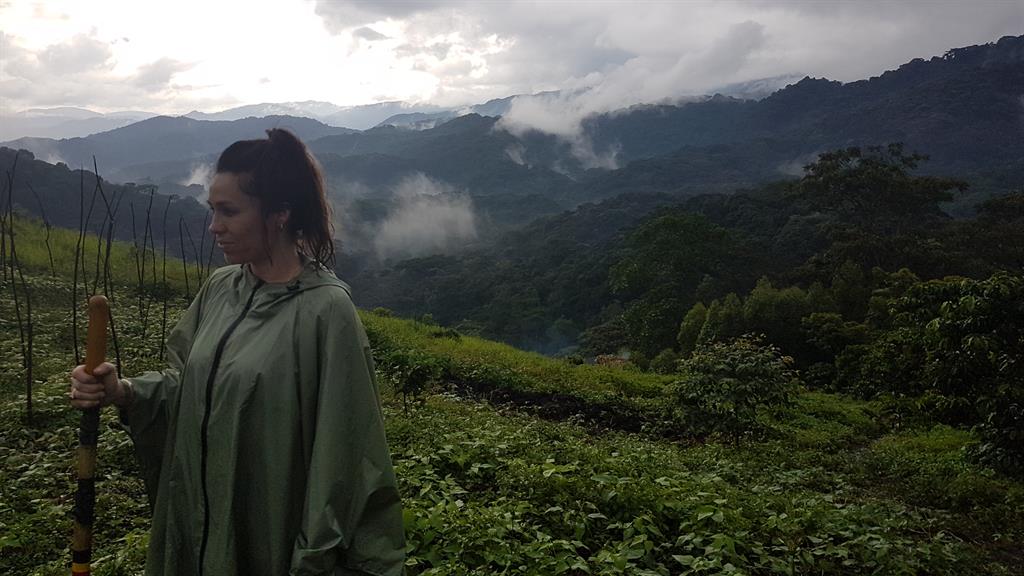 Back at Bwindi Lodge, our exhausted group lounged on daybeds and stared at the Bwindi Impenetrable Forest outside the windows. ‘Can you believe we were in there?’ asked a fellow trekker. As I stared at the twisted trees and imagined gentle Kabukojo leading his family through the dark jungle, I struggled to believe it too.